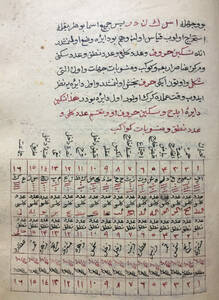 Geomancy (Ancient Greek γῆ, earth, and μαντεία, divination or prophecy) from the earth is a form of clairvoyance using markings and patterns in earth or sand. It is thought to have originated in North Africa. In the twelfth century, geomancy reached Europe through Latin translations of Arabic works and became a popular method of divination during the Renaissance. It was common practice in the Ottoman Empire to write about subjects such as the occult under a pseudonym. Geomancy became known in Europe in the 12th century through Latin translations of Arabic texts - for example by Gerhard of Cremona - such as the treatise Ars geomancie by Hugo of Santalla. Another well-known work is De geomantia by Robert Fludd in Tractatus secundus. De naturae simia seu technica macrocosmi historia, Oppenheim 1618, Frankfurt 1624.

Today, geomancy in its original sense has almost disappeared in Europe.