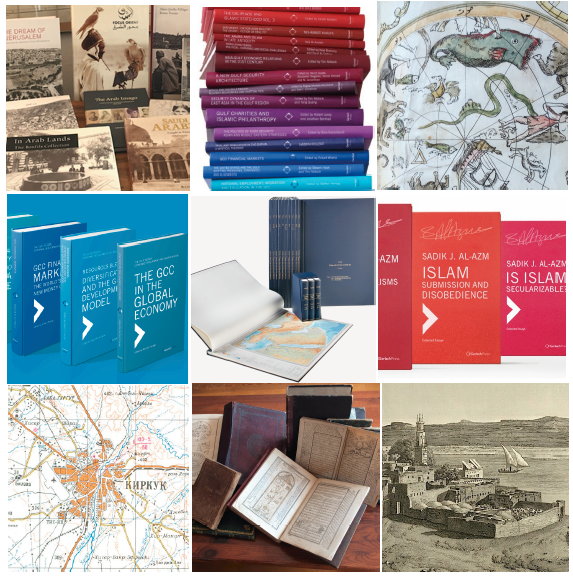 Gerlach Books was founded in Berlin in 1997 and has since supplied libraries and researchers in 82 countries with publications in print or electronic form dealing with the Middle East and/or Islam.

In addition to new publications, Gerlach Books' portfolio has been expanded over the years to include journals, databases, maps, atlases, antiquarian and rare books, historical photography, and manuscripts – always with an explicit focus on the Middle East and/or Islam.

Gerlach Books has cataloged and sold a substantial number of scholarly libraries in the fields of Middle East and Islamic Studies, Islamic Philosophy, Islamic Art History, and Near Eastern Archaeology to leading libraries and universities in North America, Europe, the Middle East, Australia, and East Asia.

The founder and managing director of Gerlach Books, Kai-Henning Gerlach, studied in Berlin, Cairo and Damascus and took his MA in Islamic Studies at Freie Universität Berlin; his thesis on Sadik Al-Azm’s book ‚Critique of Religious Thought’ was under the supervision of Professor Baber Johansen. Kai has since been a specialist in Middle East and Islamic Studies both as a bookseller and as a publisher for more than 20 years.

The core of our marketing activities is our in-house database of scholars, libraries, and institutions. This is our direct route to specialists around the globe. Gerlach Books is represented in all key markets of North America, Europe and Asia.

Our sister company Gerlach Press 🔗 was founded in 2010 as a new, but at the same time classic academic publishing house with intensive personal support for authors and manuscripts, specialized in one subject only, a “Cutting Edge Publishing Programme in Middle East and Islamic Studies” with a special emphasis on research beyond conventional narratives.