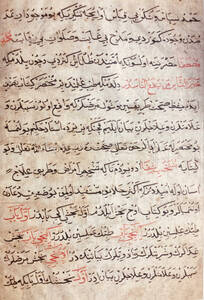 One of the very early medical works in the Ottoman Empire which consists of three parts: Basic information on healthy living, nutrition, sex; production of medicines (pharmacy); diseases and their treatment.

In Turkish medical history, Hekim Haci Pasa is one of the outstanding physicians of the period of Anatolian Principalities. Some refer to him as Ibn Sina of Anatolia. After completing his primary education in Konya, he went to Cairo, the center of learning at the time. Due to a severe illness during his school years in Cairo, he decided to study medicine. After becoming a physician, he worked in a Cairo hospital where he was patronized and fostered by Isa Bey Aydinoglu. Later he was appointed Qadi (chairperson of a law court) of Ayasluk and taught at the madrasas (school) of Ayasluk and Birgi.